For many years it had been assumed that the four drums with cog wheels were part of an elaborate winding system for pulling Peggy into the cellar. We now believe this not to be true. There are in fact anchorage points for blocks and tackle set into the cellar floor at the back of the room, and its far more likely these were what Quayle’s men used to pull the boat from the sea to the cellar. 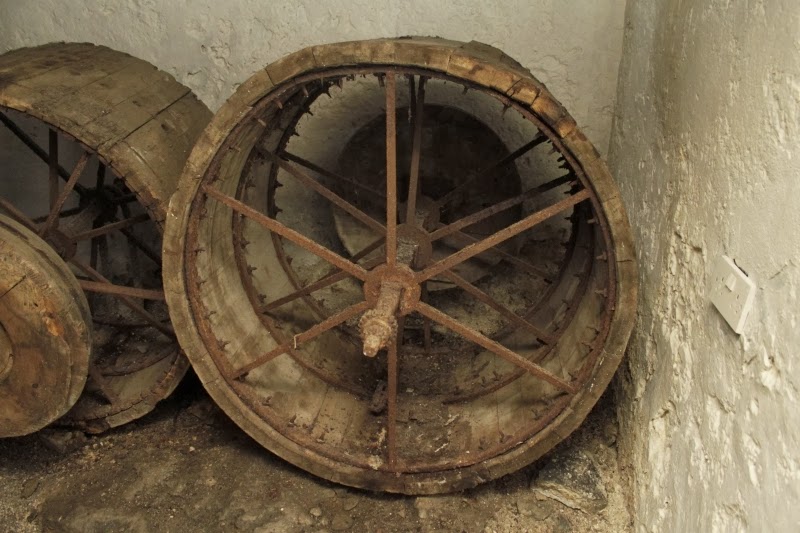 Paul Drury is of the opinion that the drums are more probably parts salvaged from George Quayle’s flax mill, which had been spectacularly successful before banking and political interests came to dominate his public life. In 1793 George was awarded a Silver Medal by the Royal Society in London for an invention designed to make the flow of water to a mill wheel more even, regardless of how much water was held in the feed reservoir. Here’s a picture of the winning design. 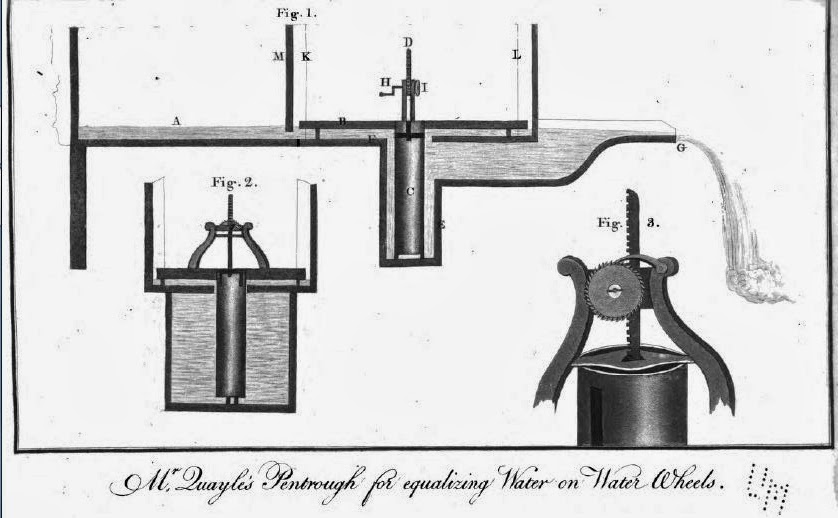 Posted by Christopher Weeks ACR at 10:17 No comments:

During the past 24 hours the British Isles have been subjected to tidal surges and a Winter storm. What was described yesterday on BBC Radio 4 as “a mound of water” pushing up from the South met Northerly winds head-on. Worst affected was the East coast of England, but here on the Isle of Man, half way between England and Ireland, we also experienced high water.

High tide yesterday saw me down in the boat cellar taking pictures of Peggy. Being midday, this was a rare opportunity to see what a high tide with a storm surge can do. As you can see from the photographs, the result wasn’t pretty although, thankfully, the seawater rose just short of Peggy herself by two or three centimetres. In March 2015 a tide is predicted sixty seven centimetres higher still than that we saw yesterday. Such a tide would fill Peggy one third full of seawater (she won’t float because she’s full of small holes). 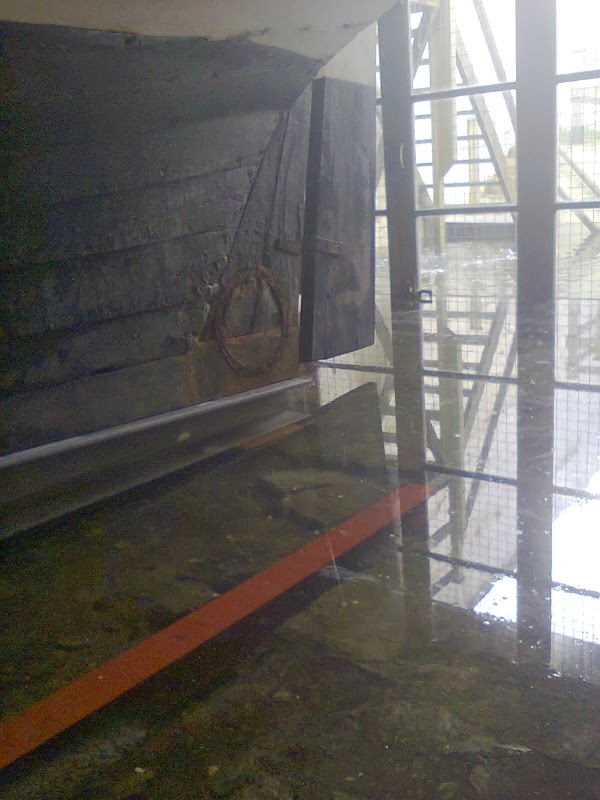 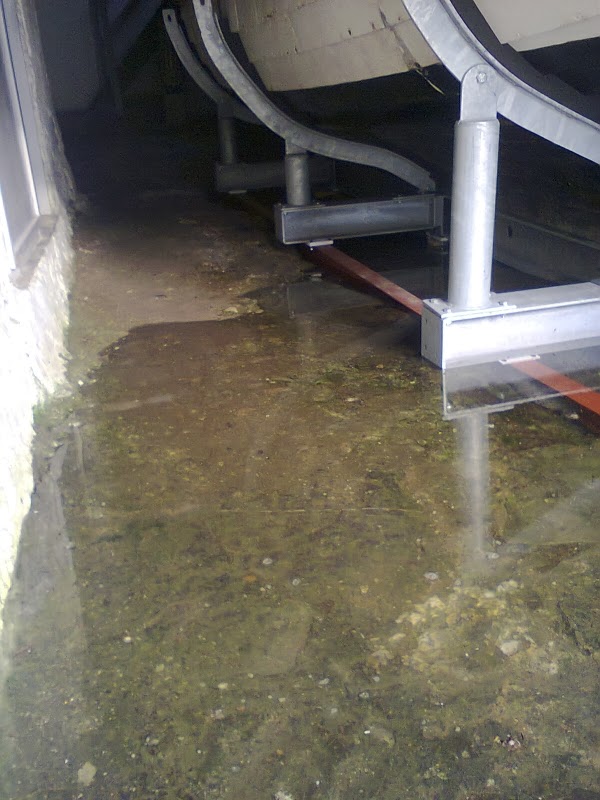 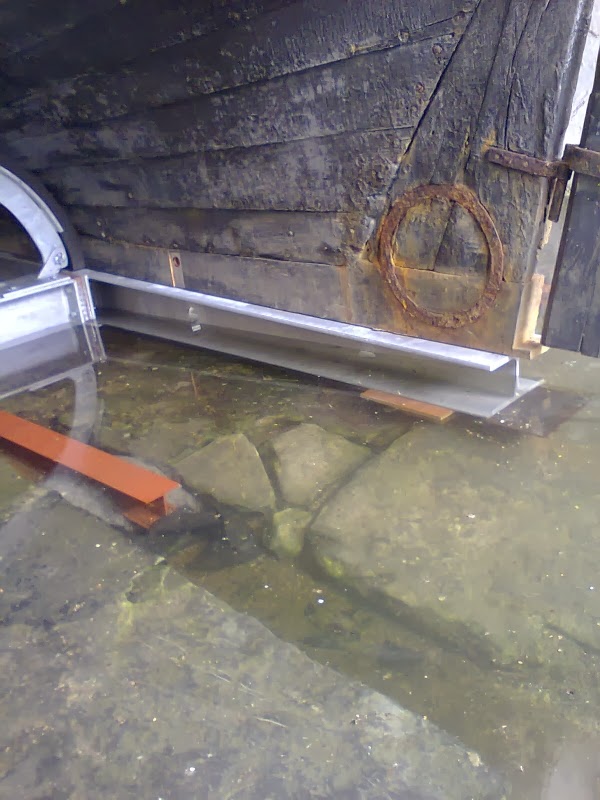 These pictures illustrate graphically why removing Peggy from the cellar before 2015 is such a high priority for Manx National Heritage.
Posted by Christopher Weeks ACR at 10:15 No comments: